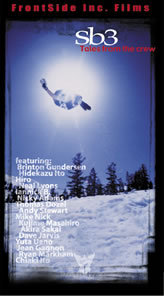 Click here to download the SB3 trailer (quicktime, 5.3mb, 1min)
This is the video that brings it all together. Riders, riders and more riders.
Around the world in so many days, these are the tales your momma warned you about. Stay up late, the fantasies are real, the sins of the father are coming home. Shot on location in England, Germany, Italy, Japan, Australia, US and Canada.Featuring all of the top skiboarding heroes, from Neal Lyons, Mike Nick, Hidekazu Ito, Nicky Adams, Dave Jarvis, Iannick B., Hiro, Brinton Gundersen, Akira Sakai, the USS “Rookie Of The Year” Andy Stuart and introducing Yuta Ueno with a special appearance from Tayt Tindal, the legend himself. Featuring the usual rockin soundtrack, this video includes a free CD soundtrack from Hopeless Records. Featuring the music of Bad Religion, The Ataris, Hieroglyphics, The Queers, Jolt45, Thrice, Blood Of Abraham and more!!
Directed by Boomer and edited by “720” editor Robert Garry (NTSC only, Released in 2001)

1 review for SB3: Tales From The Crew Skiboarding Video (VHS) 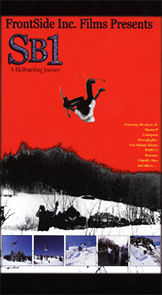 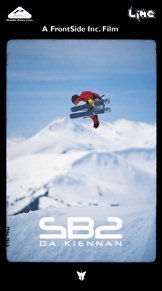 This product is SOLD OUT